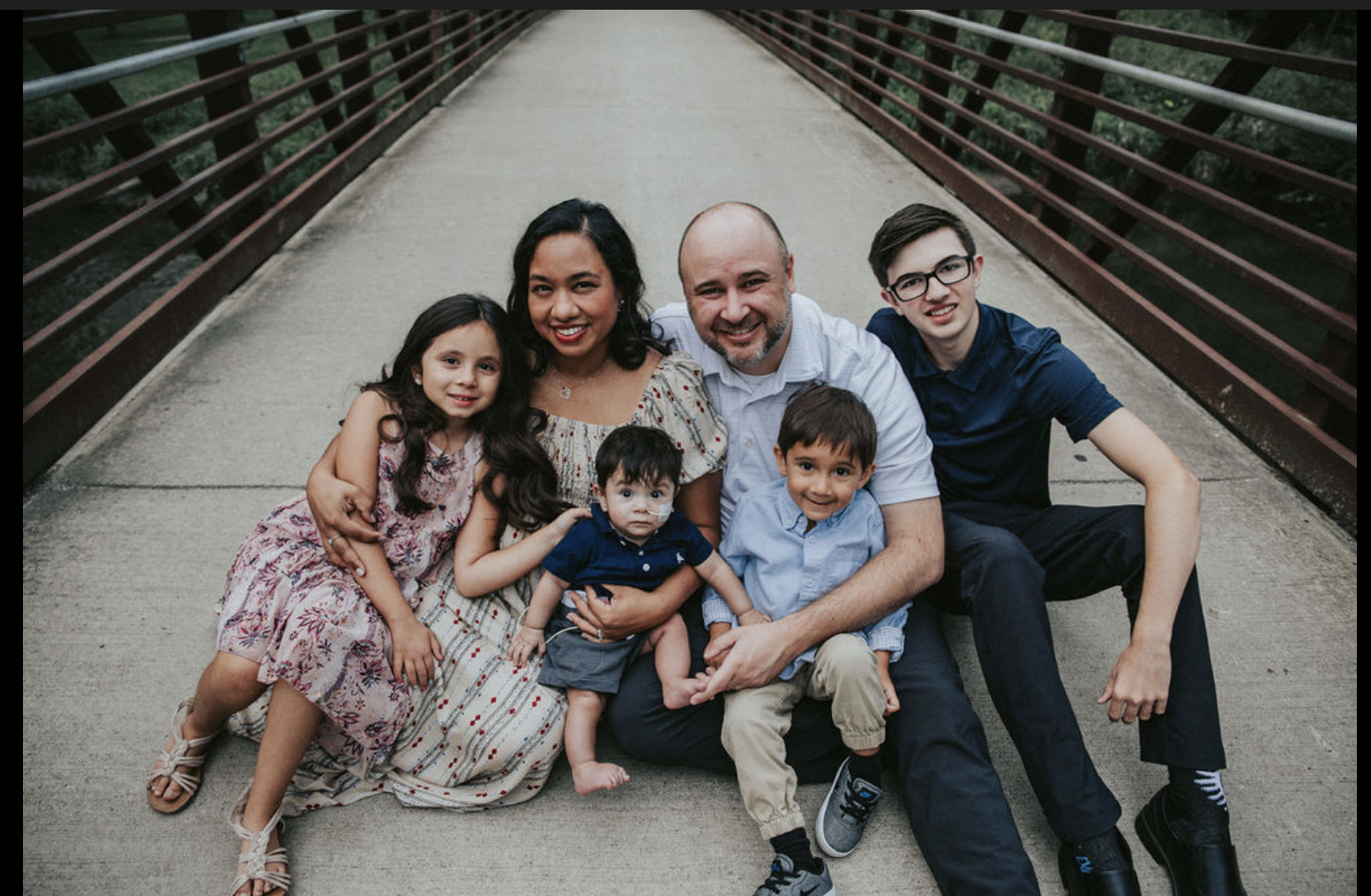 Posted at 08:07h in Families by Lauren Budha

Carter Haupt turned 1 year old on December 21, which mom Christine Nazareth-Haupt said hits differently and is very emotional for their family. “Time has stood still for our little family numerous times this year and there were moments we didn’t think we would get here,” she said.

He has a very serious congenital heart defect, which is fatal for most children before their first birthday. “We are so blessed to see our little miracle baby thriving,” Christine said.

Besides leaning on their village of family and friends, the family heavily relied on Ronald McDonald House Charities Ann Arbor. During Carter’s first major surgery, they stayed at RMHCAA for six weeks, while Christine was also recovering from a C-section.

“It was a godsend to be able to stay in a room so close to Carter while healing myself as well,” she said. “I could sleep in a bed instead of the hospital furniture.” Carter finally got home to meet his siblings and grandparents at six weeks old.

The Haupts stayed at RMHCAA again during Carter’s second major admission for open heart surgery, which ended up being a two-and-a-half-month stay, lasting from May until July. In this stay, he had open heart surgery as well as a thoracotomy.

“During this admission, we nearly lost our little Carter,” Christine said. “He turned blue in my hands as I pleaded with him to stay with us. The nurses and doctors performed CPR on him for nearly 30 minutes before he came back to us.”

During this stay, Dad Bob ran out of FMLA and time off. And Christine had already exhausted her FMLA during Carter’s first admission and also ran out of time off during the second admission. Because of this, she had to resign from her job and get a new part-time job.

“Needless to say, this was an incredibly difficult time for us,” Christine said.

Thankfully, after this stay was finished, the family was able to go home for about four months. Carter had home nursing, physical therapy and occupational therapy weekly. He also had appointments with his pediatric cardiologist, as well as his pediatrician. During this time, he grew stronger and thrived being at home with his siblings, grandparents and parents.

Carter had his fourth surgery in November– open heart surgery again. They were able to use a room at the Ronald McDonald house again for the eight days Carter was admitted.

“This time, we relied heavily on the meals they provided as we were tighter on cash with income changes due to job changes and catching up on bills,” Christine said.

“During all of our stays, RMHCAA was a place for Bob and I to take turns getting a good night’s rest away from the beeping, the staff coming in and out to care for our son, and away from uncomfortable hospital room furniture,” she said. “It was a place to stay instead of driving the one-and-a-half hours back and forth between the hospital and home. It was a place to eat a warm meal in peace, for me to cry my eyes out away from hospital staff, and a quiet place for me to even complete a virtual interview for a different job. This was a place we could go to have a nice shower without worrying if a hospital staff member would come in to work with Carter while we were in the restroom. It was a place to do laundry. They provided little toiletries and other essential items you may have forgotten or run out of during your stay. And it was a place to meet other families going through similar experiences, a place to find our support system away from home.”

Carter is currently back home thriving—growing and getting bigger for the next expected open heart surgery in a couple of years. His siblings Bobby, 4, Cora, 6, and Cayden, 15, enjoy having him and their parents back home.

“Although other children weren’t allowed to stay at RMHCAA at this time during the pandemic, it still became a home away from home for Bob and me,” Christine said. “It was such a welcoming place filled with snacks, meals, a comfy bed and relaxing environment. This resource was so helpful to us through this year while we were in and out of the hospital. We are forever grateful to have been able to use it during our toughest times.”